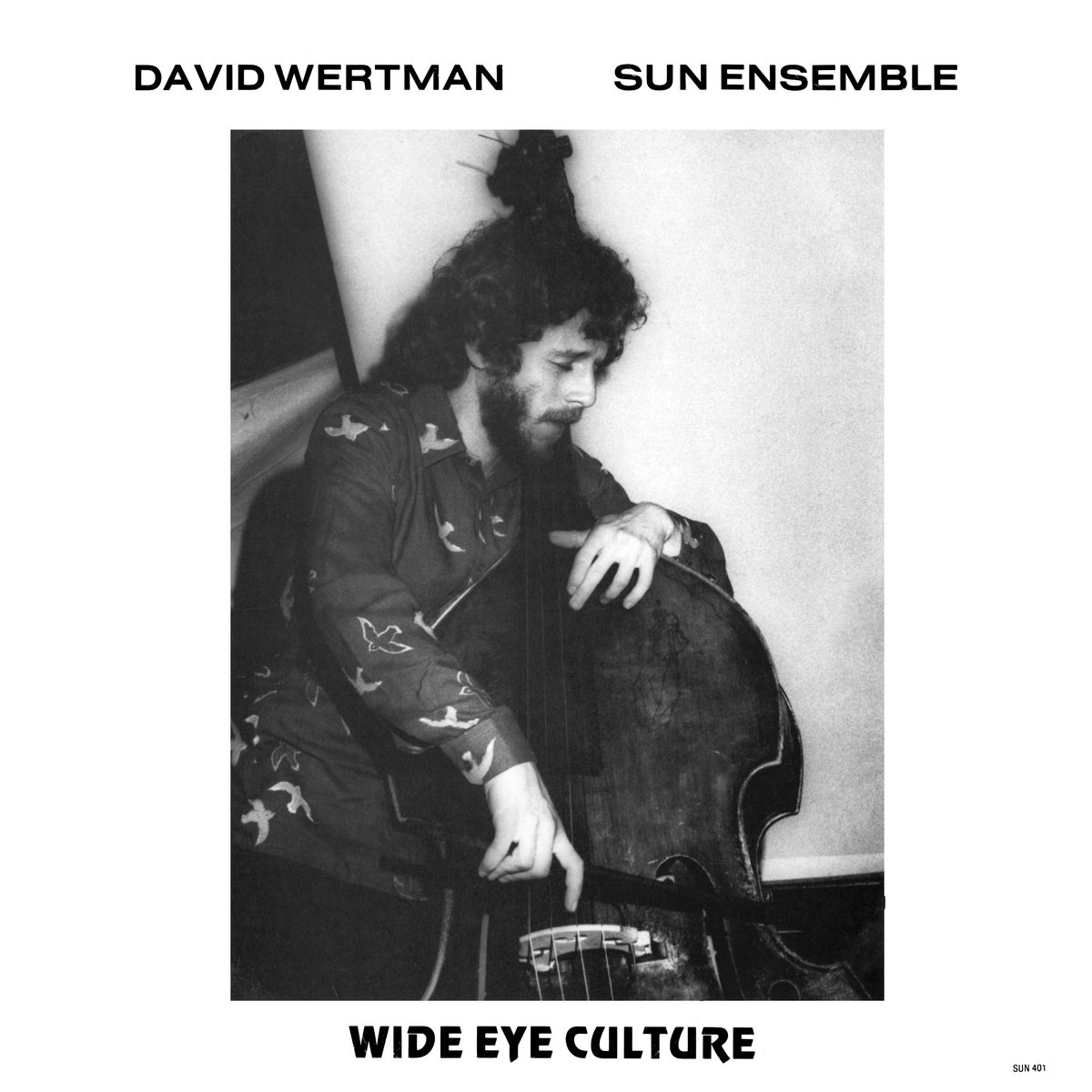 Double standards. David Wertman, raised by free jazz and street culture, and Lynne Meryl, a neat scat-lady. ‘Wide Eye Culture’, recorded in 1983, reissued and expanded with sound treasures here, plays with unstable balances. On the one hand, the unstoppable spirit of a double bass player, companion of Arthur Blythe and Steve Reid. On the other hand, the free singing of a no less free voice. Listen at her onomatopoeia flights as well as her love to death lyrics. The result is this wobbly but actually quite coherent record. ‘Up To The Sky’, in its forward fugue, bridges the gap between the New York Loft scene and hard-bop prowess, putting the song back on the footprints left by a Jeanne Lee, for example. ‘Flute Song’ goes for the Latino in rhythm to shake up Tim Atherton’s trombone. Trombone/double bass is David Wertman’s brilliant feat on this record. Two bass intruders to throw cosmic lyricism over land of 10.000 dances that seem to never end. It’s New York, it’s 1983, and the world is just going crazy. ‘Wide Eye Culture’ is steeped in that. Eyes wide open. Nice shot not shut.