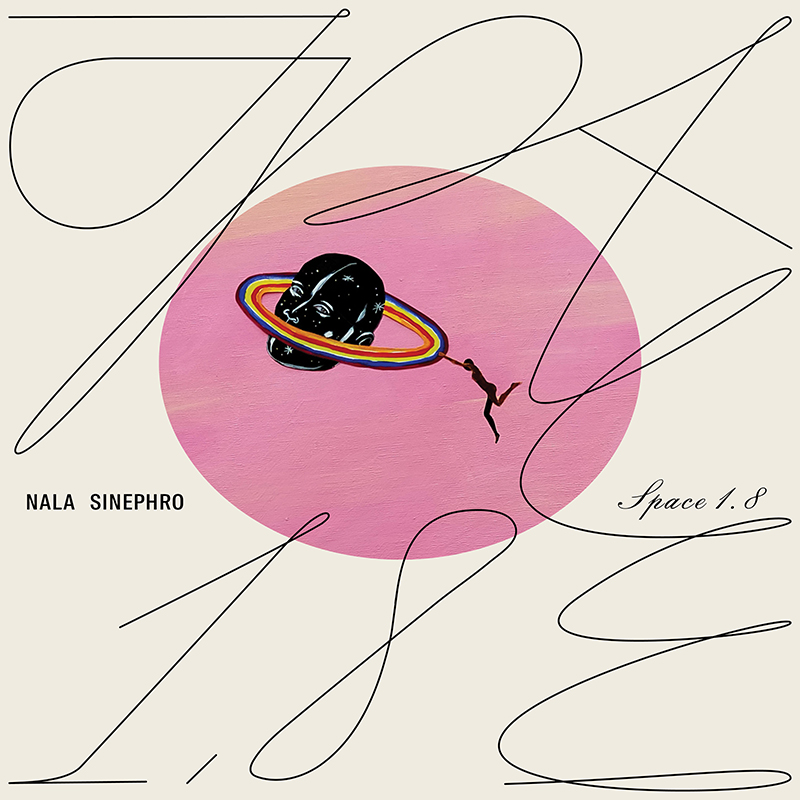 Damn, doc. We found the missing link between Suzanne Ciani and Alice Coltrane. And the coordinates are precise, Space 1.8. At the end of the telescope, Nala Sinephro. First record, Space 1.8 is a master stroke. Nala scans the human body by mapping the stars, observes the cosmic laws to move our bodily limits and finally respects none of the rules that one could expect from a band in studio. No metronome settings, no introductory blabla, just the music that follows the discussions, the bus coffees and the meditation poses. Space 1.8 comes to rest beyond the intention, well beyond, posed strong in the purest instinct. And it works. Of fire. 8 tracks taken in only one take. 7 short tracks which push of the elbow the habits of the embarked musical registers then a last one, 17 minutes of flight and suspension which would make pass the project Space X for a big top of rich jokers. Nala Sinephro, for this first signature at Warp, pushes the label, which did not necessarily need it, a little more on the track of the innovation. We have the best of the female experimentation of the 70’s (Ashby, Derbyshire, Cianni etc.), we have deep jazz, isotonic beats, absolute and magnificent drones, a touch of harp as precise as moving and an almost brutal softness. Like a polar day dawned too early. Damned dawn.