DEVIN GRAY, Melt All The Guns 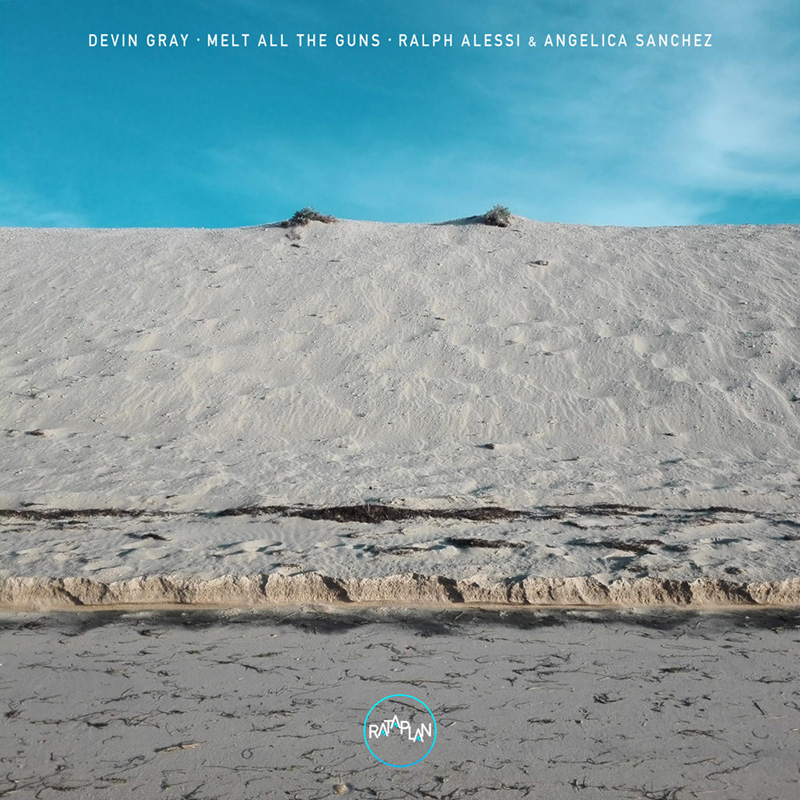 Pow pow pow. Considering that Europe threw the worst of its paranoids nevrosis across the Atlantic during the Pilgrim Fathers era, you would hardly be surprised at the gun violences that mess the States. Horrified, surely but not surprised. And from this state of vigilance, one should be able to remain lucid in the face of the madness of self-protection. Some of us watch, some of us militate. Others still strike. Thus this damned tireless drummer that is Devin Gray. A wide awake drummer who’ll releaseg an album this Friday, in sync with the 7th National Gun Violence Awareness Day, aptly named. Melt All The Guns. The dream of melting the steel used to shoot anyone for any slightest pretext. Well, anyone, you get the idea. Especially in the United States. The recent news has been plagued by a bunch of sad examples. Made a little pissed off by that, and others craps like environmental thing and other social breakdowns, Devin Gray reunited Angelica Sanchez and Ralph Alessi for a trio full of hope and worried litanies. Gray’s typing supports all the music that develops with a genuine art of generosity and restraint. The best kind of the leaflet for not to lose sight and ear that changes of the world are a damned pretty thing if not confiscated by some cynics.