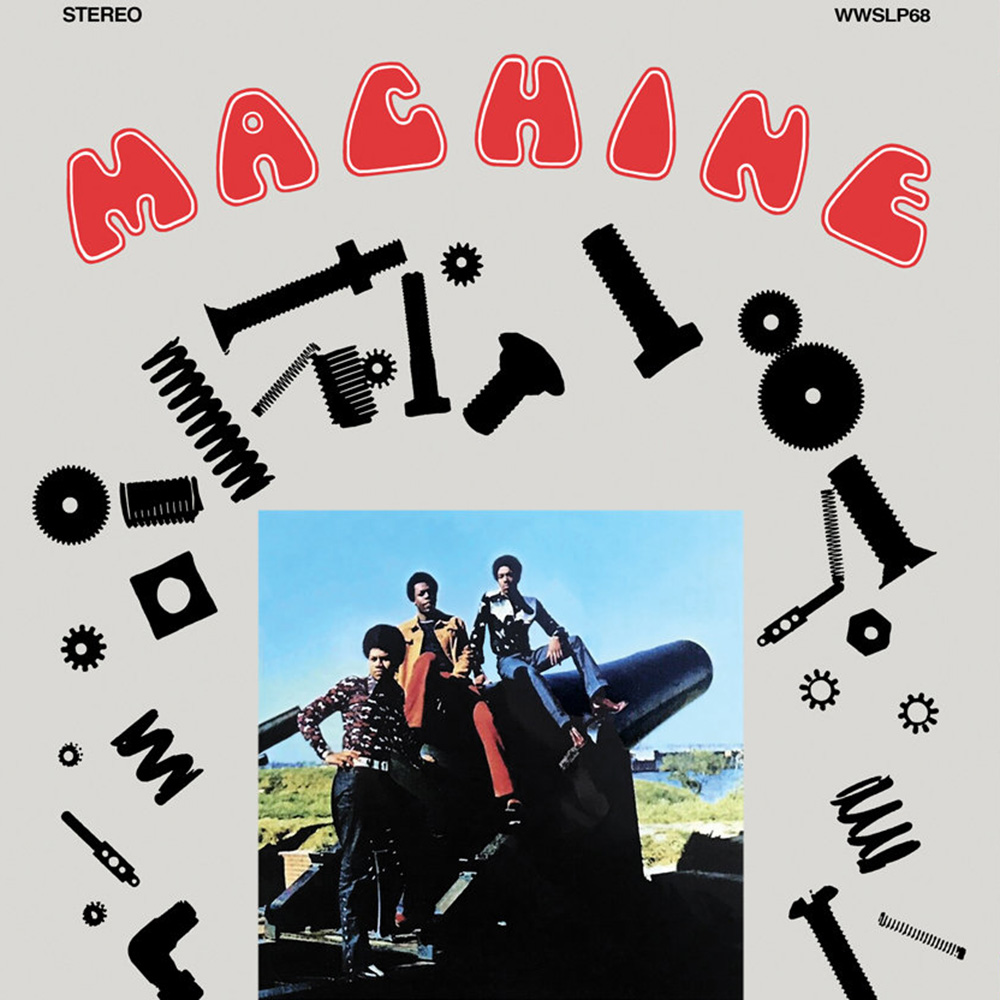 Only People Can Save The World

Machines are usually square. Engine, pistons, belts. Everything fits together nicely and works like a French clock gone in Switzerland. This Machine, however, remains shrouded in mystery. It works perfectly, with the Comté and the Swiss too. But with a little extra soul. The one heard from the first bars of Only People Can Save The World. Choirs of skinny cats a bit disillusioned, worried melody played with oboe, and bass of a distressed laconism. Machine is a funk album. At least, that’s what 1972 proclaimed at its release. Disappeared, and never reissued before, the funk of this ultra rare record is ultra rare, too. Percussive as a grenade in Kiev, violent and full of disillusions but also of jolts to pleasures, this music delivered by 3 young session sharks is conscious funk. Of itself and of the world in distress at the time. Directed and put together by Michael Watson, Curtis McTeer and Donald McCoy, the album Machine comes out of the All Platinum studios located in New Jersey where the label was based and then disappears immediately despite the presence of a pair of cult musicians like Sammy Lowe, magical arranger for Sam Cooke or Nina Simone’s happiness throats. Disappearance of a Machine, resurrected here with its original gears. Not a fart of play, not a wheel tooth missing. And mystery in spades. To listen again urgently and forever.