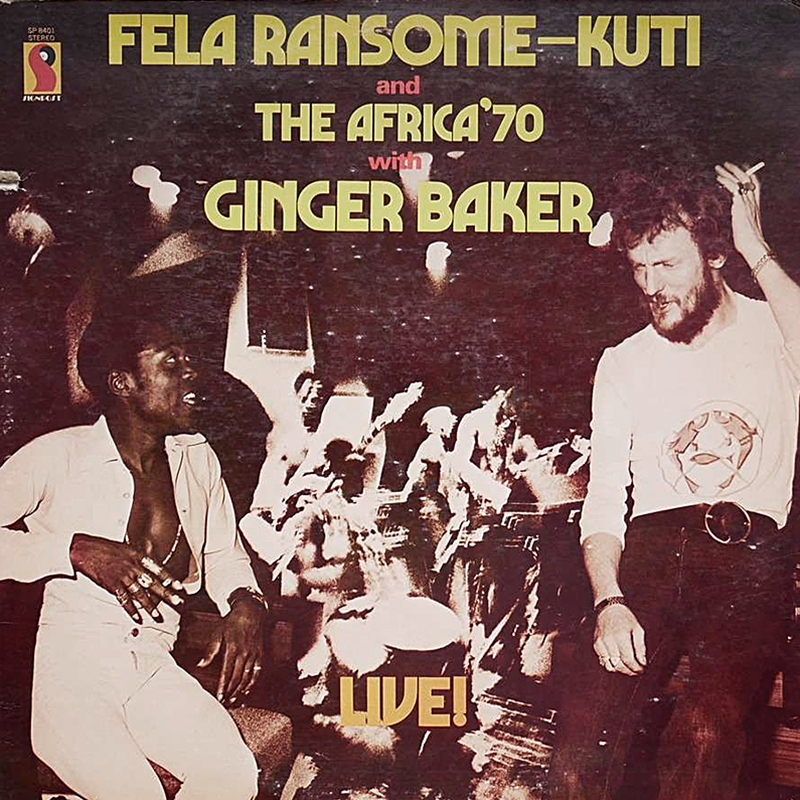 Connection. “Guys who have balls” said a French ad in 1985. Years before, in 1971, the connection was less a matter of zipper than of drumsticks. After the kick of the Cream and Blind Faith supergroups, Ginger Baker was exhausted. He took off in a Range Rover, departed from Algeria, crossed the Sahara and put the handbrake on in Lagos. There, Baker met up with Fela Kuti, who had become a legend of the infernal Afrobeat pulse. Millimetered by his regular drummer, Tony Allen, the pulse enlists jazz, a political screamer, the softness of soul and some local devilry. Creolité pyromaniac, Afrobeat explodes under the weight of the two cadrons involved in Live! concert taken on the spot in 1971, released in Nigeria the same year and reissued on November 17 by Partisans Records. 4 tracks, just one under 10 minutes, hypnotic beats, the magic of Ye Ye De Smell, and the raw sound dressing each of the solos. Artisan of Fela’s reissues, the label celebrates the 50th anniversary of the record, and adds a bonus of fencers where Tony Allen and Baker skin each other in Germany in 1978. The first said of the second that the little drummer Oyinbo, the little white hitter, could play if he wanted, could play rock with the supreme cream, and that if he wanted Afrobeat, he would come to Nigeria. At ease Baker, with his crazy redheaded pirate nose, his drug addicted bastard reputations and his ability to make deep and impressive musical connections, as here in the realm of raw power.