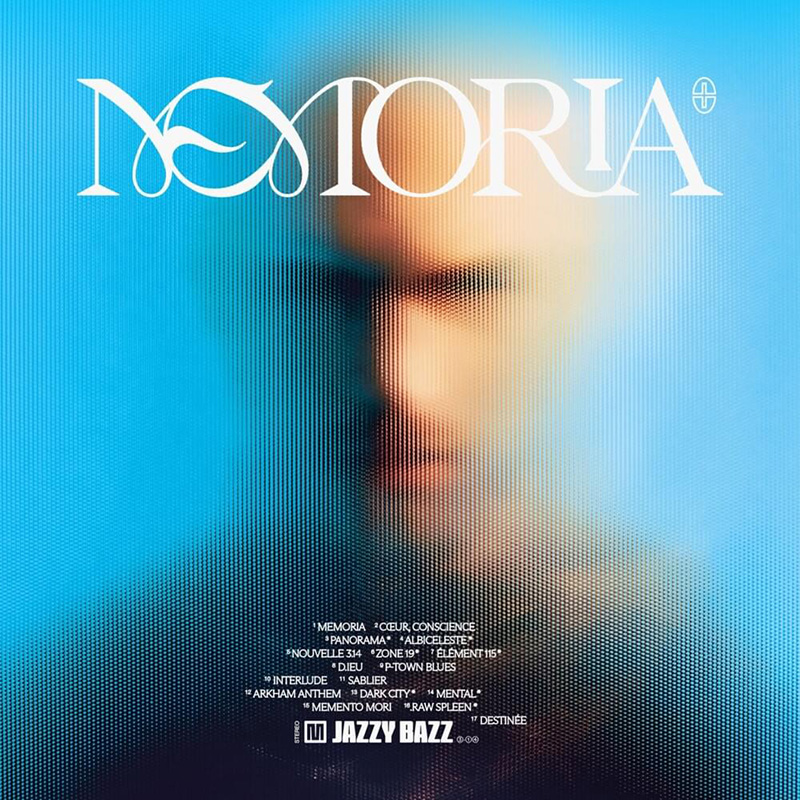 Raw rap, sharp punchlines, neat prods. Yes. Jazzy Bazz Come-back three years after Nuit, his last solo project. Here, 17 tracks, and and his memories as the guideline. Memoria it’s a one-way ticket in the rapper’s peculiarities. He talks about the paradoxes of society, his love for music and the passing of time. He also spends time with Johnny Ola, Kezo or Osha. Beatmakers allow him to kick on goddamn rhythms as well as on jazz melodies. Not jazzy. Necessarily jazzy. Smooth on feelings for about fifteen minutes.
Overall, he remains efficient, he does what he knows how to do. He keeps intonation and his incisive flow. Don’t panic, he is more and more technical, and always surprises. Don’t panic, he is more and more technical, and always unexpected. In Arkham Anthem, we find him between screams and threatening whispers in the first part, followed by a quieter second part as if to seek forgiveness for the aggression. His feats with former fellows of L’Entourage are always brilliant but different. Classic shit, it feels good.We find him more melodious in Sablier, softer in Albiceleste. The connections with EDGE are powerful. There is no better than his childhood buddy to accompany him in his chorus. Mega slams on .RAW Spleen where his universe blends perfectly with the most digital rapper’s one. It is on this track that his dad takes the sax’ and shuts down haters once and for all. Focus on Zone 19: “My goal is leave to leave my mark on the culture”. It is done for the rapper of the 75.