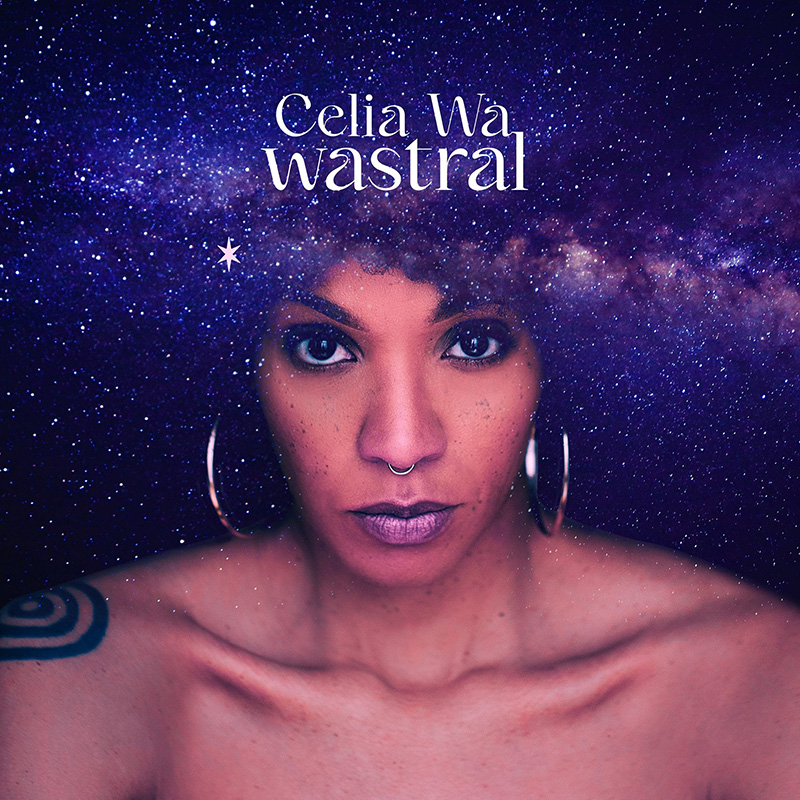 Short but intense. No better definition for Celia Wa’s third EP, Wastral. Short but enough to bathe in a new space and not to want to leave it. Singular atmosphere, multiple access. Guadeloupean roots, first of all. Anchored and materialized in the lyrics in Creole. Homage to its memories. Classy thing. Enter the stellar atmosphere, then. It sounds very similar to Mass Effect 2 OST and the 7 tracks give us the impression of being able to travel between different galaxies that have inspired the singer and her music. This is the flute, played by Celia herself. Later, the voice creates a cosmo-portal and comes to titillate the eardrums and to make the meninges hover. Sweet as fuck. There is Wake Up, the flute and the synthetic atmosphere wake up. The desire to open the eyes facing another solar system is omnipresent. The drums in the background pushes even more the neck of this desire of new imagination. Another intergalactic relay with Over, another title, same atmosphere. The voice of Celia enters in head and does not leave any more. Sensual, heady and deeply transcendent. Damn. Last portal sis’, Tchad a Lanmou sounds like a consecration, soaring with its sounds that sublimate the voice. End of the journey and it is slower and slower, it is soft. Calm landing without turbulence. Wastral, that’s it. Short but intense.