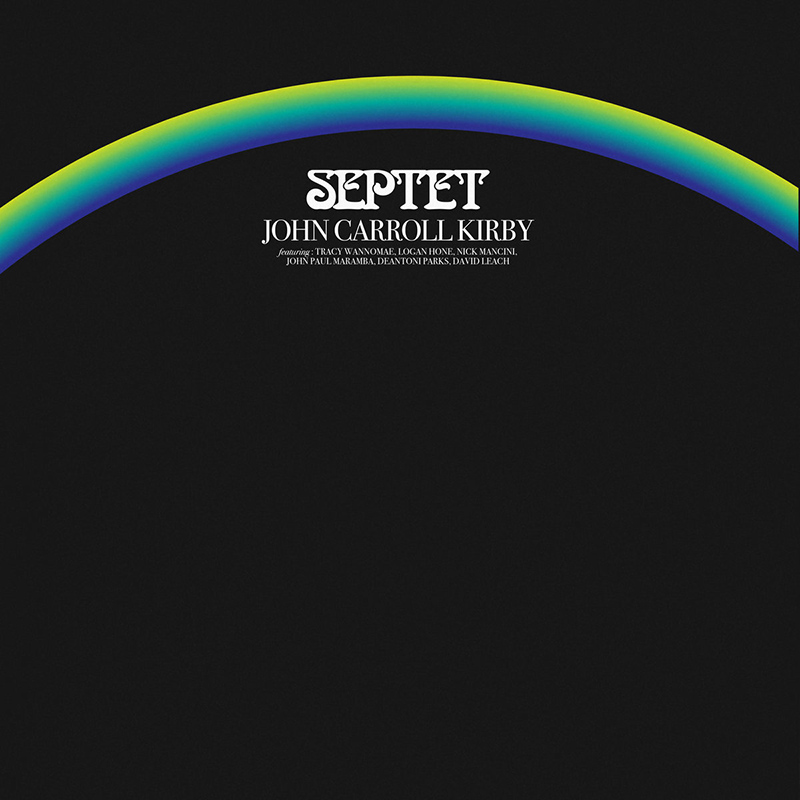 Gosh, though there were signs. Sleeveless T-shirts and high-waisted jeans. So girls are pear-shaped bottomed with Americanas on their feet. The 80’s are back. Damn, what we feared since ’97 finally happened now. And Septet, the album of John Caroll Kirby comes to confirm this revival. Strange and terribly good. Third delivery for Stones Throw, this double album is jazz. Totally synthetic but furiously jazz. By its title first of all, here we team up to seven. Jazz also as the two others, My Garden and Conflict, flew in the solitary ambient, stripped and hardly worried. Lighter, more playful and collective, Septet sacrifices to the codes of jazz. A jazz of synthesis, certainly. Kirby slices through the music, clustering its echoes and vaporizing its themes. But this synthetic syncopation is memorable. It knows exactly where it comes from. The Quest Of Chico Hamilton is rather explicit. Rainmaker goes after the best of Herbie Hancock and especially Sensing Not Seeing, under its airs of new age guru’s motto, makes sensitive its plastic rumba, summons the memories of the bass clarinet lines held by Bennie Maupin in Miles’ Bitches Brew or in the Head Hunters. John Caroll Kirby reactivates the playful happiness driven by the pleasure of invention. By the pleasure quite short, this double acts squarely on the hips, hardly tightened by the high-waisted jeans which took again the streets for some time.