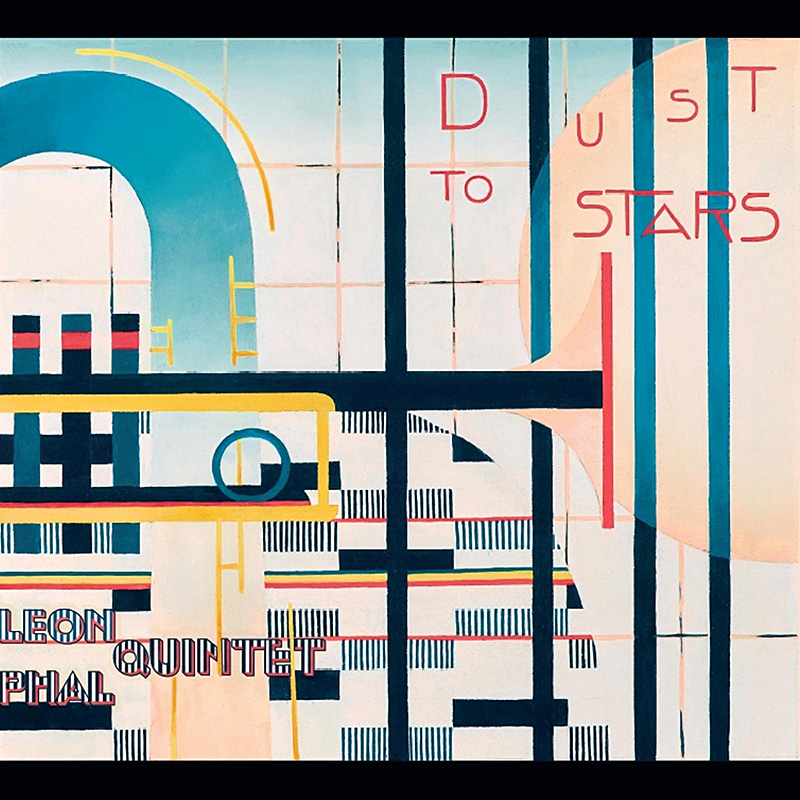 No more nose in the dust, Leon Phal now has his head in the stars. Up there, his quintet got what it takes to generate the microcosm of Dust to Stars. Well-honed blend of classic jazz, drum’n’bass and house music. In 2019, Canto Bello hinted at the potential. Rich in hard bop tradi, experimenting the electro sonorities. Second album, Léon Phal does not restrain himself any more and puts a definitive foot in the world of jazz. A small step for Léon, a big step for whoever wants. Direct ticket for the Milky Way. Ticket made golden by the work of Benoît Corboz sound engineer/pilot on the 8 titles. Astronomically ingenious. There are two categories of sounds in this record. The first one, impossible not to move the head and take a look at the dance floor. The other where the urge to close your eyes and enjoy comes. The eponymous track is the perfect example of the first one. The tenor takes you by storm and, oh shit, your foot moves on its own. Last Call, same mood, Zacharie Kysk’s trumpet calls and Arthur Alard’s hitting answers and completely captures the imagination. With Let It Go, the desire to go with the flow arises. Sunset in the background. Double bass and keyboards meticulously electro. Rémi Bouyssière and Gauthier Toux in action, lover atmosphere. Irresistible. Back to Like A Monday, sensual and soothing sounds. A good way to start the week. Dust to Stars, a real trip in the cosmos. Free to imagine the impossible. It will be released on April 30th.